“It’s a unique accolade for me as a doctor to be recognised in the Business Category of the awards. I am truly proud of the innovation and ‘business-style’ I have brought to healthcare, keeping it patient focused and sustainable for the future.
The award is valuable affirmation for my team that the role women leaders play in the health service is appreciated and critical to its success.” Dr Shikha Pitalia, 2019 Business Award Winner
.

In 2022, we celebrated the 30th Anniversary of the Awards by doing what we do best – giving a platform to listen to these Inspiring Women share their stories in their own words.

Founded in 1992, the Inspiring Women Awards have, over the past 30 years, publicly recognised and promoted the achievements of 100’s women who live or work in the North West of England, North Wales and in 2022, nationally and internationally. Many of the Award winners have gone on to receive further recognition through our Honours system and in 2018, 3 more were honoured: Diane Modahl MBE (Sports Award winner 2003); Marnie Millard OBE (Business Award winner 2016) and Britain’s most decorated Winter Paralympian Menna Fitzpatrick MBE (Inspiring Young Woman Award winner 2017).

These evolving Awards have stood the test of time because at their heart is the desire to continue finding and recognising those women who inspire us.

“I was humbled and honoured to receive the Constance Award.
It’s such a privilege to be recognised in this way by so many amazing and Inspiring Women.
A rich diversity of women of all ages, skills and talents applauding, was very emotional for me.
Then to learn that the award was named after your Mother was the icing on the cake.
Thank you for starting these awards .
It’s fantastic how successful they are and how many women have been encouraged and supported by them. Long may they continue.” 2022 Constance Award Winner, Kath Robinson DL

”In 1993 it was relatively unique to find Awards recognising women’s achievements. It is, therefore, a testament to the women recognised as both Finalists and Winners then and since, that these Awards continue to thrive against the multitude of award ceremonies that exist today. “

In 2010 and celebrating 18 years of these Awards, The Inspiring Young Women Foundation has been set up to offer financial support for our Inspiring Young women of tomorrow and is the benefiting charity for the awards. 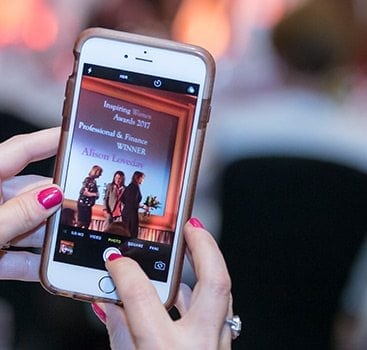 Click here to nominate who you think deserves recognition for her hard work. 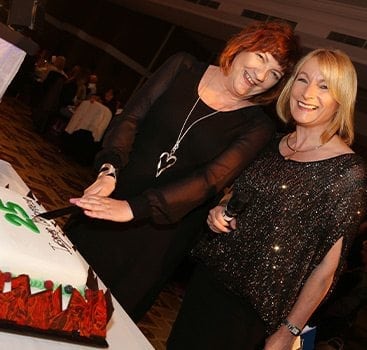 Click here to book your table or reservation at the next year’s award ceremony.

Find out more about the Inspiring Young Women Foundation here.

INTERESTED IN BEING A SPONSOR FOR THE 2023 AWARDS? LEARN MORE HERE

The Award, which is open to 16-25-year-olds hopes to inspire the next generation by recognising those young women who have beaten the odds to achieve their dream; been inspirational to others; set up businesses or are overcoming obstacles to pursue their career.